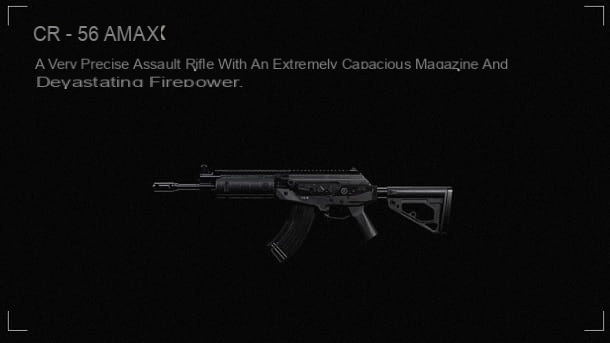 Before going into the details of the procedure on how to unlock the AMAX on Warzone, I think you might be interested in learning more about this popular weapon.

Well, the CR-56 AMAX it's a Assault rifle introduced within the Activision title during the 4 season. The latter began in June 2020 and ended in August 2020. During this period, the weapon could be obtained by reaching the level 31 of the classic Pass, but at the end of the Season that possibility is clearly "gone".

However, the passage of time has made the CR-56 AMAX one of the most popular weapons by the COD Warzone community, along with the Grau and the Bruen. All these weapons have in fact proved to be particularly strong, so much so that the developers had to "run for cover" and make gods “nerf”.

Put simply, it is a "weakening" of the weapons, as the latter can "unbalance" the gameplay. If Grau and Bruen were "nerfed" in 2020, the CR-56 AMAX suffered the same fate in 2021. More precisely, Weapon damage decreased from 32 to 31.

However, there are not a few who believe that this assault rifle remains a good choice. In fact, this compact weapon can still have its say, considering that the CR-56 AMAX must be mastered properly to express its "true potential". 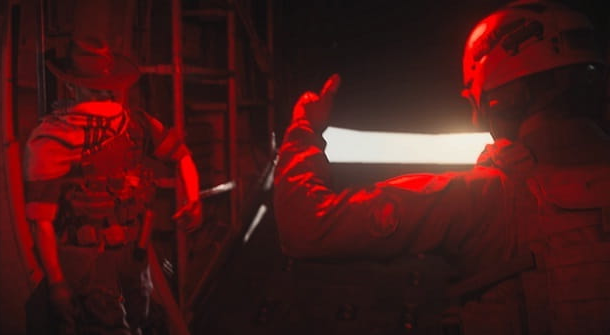 Call of Duty Warzone Pro Players know it well: you have to "train" a little to be able to use this assault rifle well within the Activision title. For this reason, in addition to explaining to you how to unlock the weapon, in this guide I will also show you a loadout which could be interesting.


Before we leave, I want to let you know that Call of Duty Warzone is an ever-evolving title. This means that the developers could make changes to the game mechanics at any moment. I will do my best to keep the tutorial up to date, but take this into account before you even proceed.

After explaining the general situation to you, I would say that it is time to take action and explain yourself how to unlock the CR-56 AMAX on Warzone. The indications in this chapter refer to the Season 3 linked to Cold War, which started in April 2021.

Not a few are wondering how to get the weapon this Season, given that by going to the section WEAPONS> ARMORY no CR-56 AMAX appears among the available assault rifles. In fact, that's not where you need to look.

I recommend that you take a look at the section WEAPONS> EQUIPMENT CHANGEby selecting a preset and pressing on the box Main weapon. By doing so, you will be able to see the i assault rifles available and understand if maybe you have the CR-56 AMAX "Classic" (you may have unlocked it in the past).

If you have not obtained the weapon, it will be indicated to you what you need to do to get it. More precisely, in the 3 season it is necessary Get 3 weapon butt kills using assault rifles in 10 different matches.

Obviously, the best method to be able to complete the game request is to play as many Battle Royale games as possible, trying to implement theappropriate action. It may therefore take some time, but I am sure that with the right patience you will be able to reach your goal.

In short, you just have to follow the directions provided by the game, carrying out the appropriate mission available, and then get the CR-56 AMAX. Later, you can return to the menu EQUIPMENT MODIFICATION to equip the weapon involved.

In any case, I remind you that there is also another way to get the CR-56 AMAX. Indeed, it is possible to buy The Watershed (The Divide, in English). The latter represents a Legendary variant of the classic CR-56 AMAX and can be obtained through the operator bundle Pink. The weapon can be purchased from Shop (or simply by pressing on the appropriate icon in the ARMORY) for 2.400 CP.

These points can be purchased for real money through the micro-transactions. To be clear, generally 2.400 CPs cost € 19,99. The method of making the payment obviously varies depending on the platform you are playing from.

In any case, this is nothing complicated: just set a valid payment method (if not already done) and complete the transaction. For example, if you play from PlayStation, you may find useful information in my tutorial on how to pay on PlayStation Store.

Also, you need to know that i CP points they can also be purchased through online stores such as Amazon, since there are cards with codes to redeem.

In any case, once you have purchased the bundle di Roze, which also contains various other elements, you will have at your disposal The Watershed, which as mentioned above is a variant of the CR-56 AMAX.

In short, yes: it is still possible, at least during the Season 3 of Call of Duty Warzone linked to Cold War, to get this weapon within the Activision title. By the way, there are also more choices, as well as a free and paid method.

So you just have to do that make your choice and then use this in-game weapon. In this regard, if you have some time, you may find it interesting to read the following chapter, as it is based on explaining how to contextualize the CR-56 MAX in your games.

Which loadout to use for the CR-56 AMAX

How do you say? You managed to unlock the CR-56 AMAX weapon by following the instructions in the previous chapter, but would like information related to the loadout to use? No problem, I'll tell you everything you need to know right away!

I remind you that using custom presets can allow you to get a very good one competitive advantage in certain contexts that can occur during a Battle Royale match in Call of Duty: Warzone.

In fact, if you've already played Activision's title a bit, you'll surely know the speaker mechanics. Put simply, you can use equipment launches or find some crates during the Battle Royale.

Chests allow you to get a preset to be chosen from those you have set yourself from the section WEAPONS> EQUIPMENT CHANGE. In this way, you can, for example, use the CR-56 AMAX at certain points in the game.

You understand that this can give you a great advantage, especially once you have mastered all the weapons contained in the preset. In any case, clearly everyone has their own preferences and style of play, so the most valid advice I can give you is probably to try various configurations in-game and see which ones are the most valid for you.

Net of this, it is interesting to take a look at a specific loadout, or the configuration of the weapon that many Warzone users find interesting at least. The latter can be useful if you have no idea what to use "in combination" with the CR-56 AMAX assault rifle. Furthermore, it can be a starting point for your gaming sessions, to "vary" a little from what you usually use. 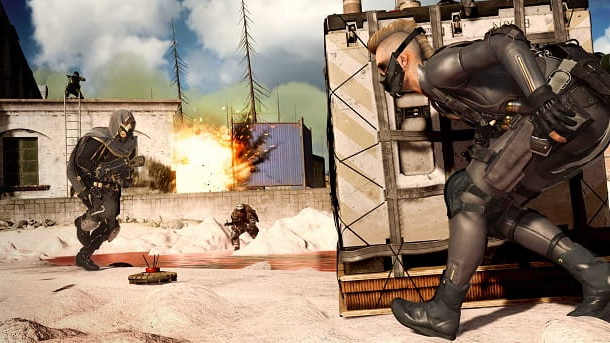 I remind you that you can change the loadout by going to the section WEAPONS> EQUIPMENT CHANGE, selecting the CR-56 MAX and pressing on the box Gunsmith. Starting from the cane, the advice is to use XRK Zodiac S440. munitions to try are the 45 Round Mags, while for the rest you should bet on FSS Close Quarters Stock, Commando Foregrip e XRK CR-56 Rubberized Wrap.

This is one of the most used loadouts in general as for the CR-56 AMAX, as well as what more experienced gamers usually recommend trying. So I invite you to put it to the test even once, in order to see at least if it can do for you.

On the other hand, I remind you that, to be able to use the assault rifle you just unlocked properly, you need to do a lot of "training". The best way to do this is obviously to play more Battle Royale possible and try to get the CR-56 AMAX, so as to use it often.

In short, in this context it is good test various loadouts as well, so using the one I recommended earlier is not a bad idea. For the rest, obviously it comes to tastes, so if it's not your thing you can easily make changes.

In any case, since you are a fan of the Activision title, I would recommend that you take a look at the page on my site dedicated to COD Warzone. In fact, in the latter you can find other tutorials that might be right for you.

add a comment of How to unlock AMAX Warzone